Ancient copy of the holy book of Islam, the Quran 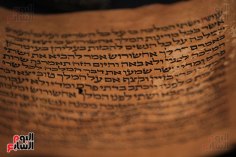 An overview of the exhibition 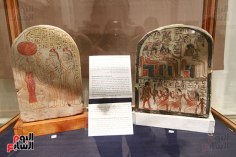 VIP visitors of the exhibition in Cairo, January 2017

📸 The Egyptian museum in Cairo has opened a new exhibition for history of religions in Egypt. The exhibition shows the great history of religious beliefs for the Egyptians since the ancient times until the Arabic conquest. This includes ancient pieces and antiques from the ancient Egyptian religions from the times of the Pharaohs, Judaism since the late Pharaonic era, Christianity during the early Coptic, Roman and Byzantine eras, and Islam since the Arabic conquest of Egypt. It is highly recommended to visit this beautiful exhibition if  visiting Cairo until the end of February 2017 and if interested in history of religions, and how religion originated from Egypt.