World Ambassadors for Tourism and Environment at the beach of Marsa Alam on the Red Sea Riviera of Egypt (source: Youm7)

World Ambassadors for Tourism and Environment at the beach of Marsa Alam on the Red Sea Riviera of Egypt (source: Youm7) 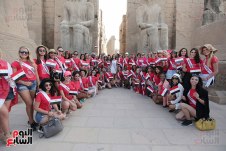 A nice and warm Nile boat trip during sunset in Luxor, Egypt 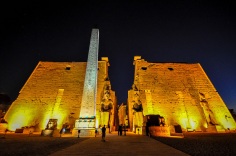 The Karnak temple in Luxor, Egypt at Night 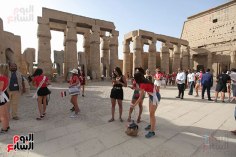 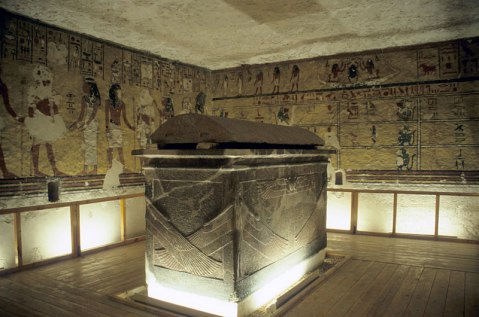 A Pharaoh’s tomb in Luxor’s valley of the Kings 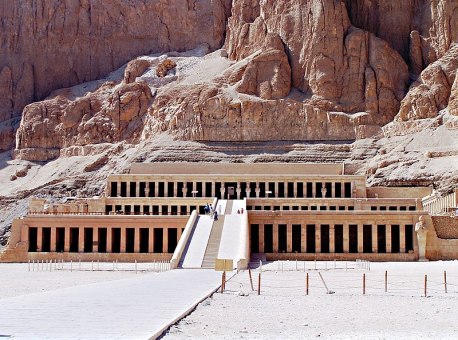 Temple of the Pharaoh Hatshepsut in Luxor, Egypt. This is a popular tourist attraction visited every day by hundreds of tourists.

With the Egyptian Sphinx at the Giza pyramids of Egypt, near Cairo … by Saudi Arabian superstar Aseel Omran (source: Diwan)

The song “Ehna El Farana” by Abu and Chipsy to support the Egyptian national football team “the Pharaohs” in the world cup 2018 – from the Pyramids of Giza (source: YouTube)

World Ambassadors for Tourism and Environment at the Giza Pyramids of Egypt (source: Youm7)

World Ambassadors for Tourism and Environment at the Giza Pyramids of Egypt (source: Youm7)

Will Smith with the Pyramids of Giza in the background during his sunrise visit to the Giza Plateau, Egypt 2017 (Al-Ahram) 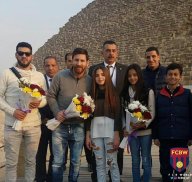 Argentinian Football Superstar Lionel Messi being welcomed by the children of Egypt to the land of the Pharaohs, at the Giza Pyramids 2017

Lionel Messi at the Giza Pyramids of Egypt 2017 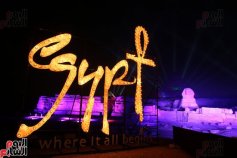 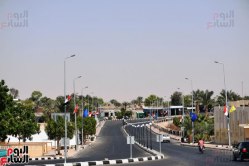 The streets of Aswan, Egypt which host the international cultural carnivals (source: Youm7) 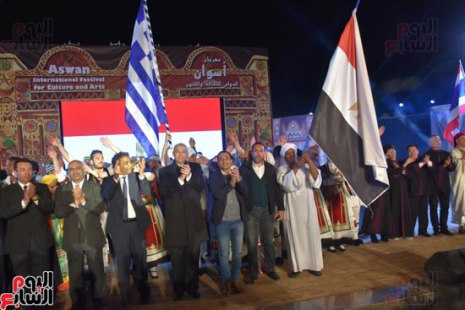 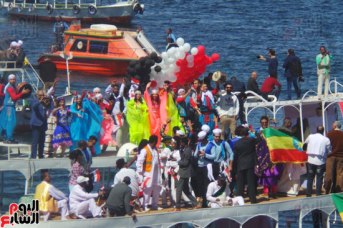 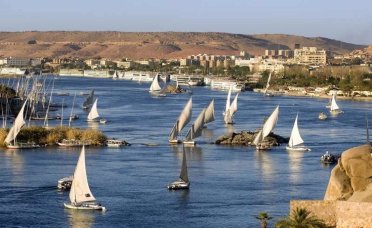 The beautiful city of Aswan on the Egyptian Nile river.

✈️🌞🌊⛵🏛️🇪🇬 Egypt has so many things to offer for its visitors, whether it is historic and ancient sites, mega-cities for shopping and entertainment, beautiful beaches for water sports and tranquility, or even very large deserts for safaris … but seeing is better than hearing or reading, right?! 😀 To that end, we offer you the latest video guide for 2019 where we go all across Egypt with online YouTubers and bloggers who visited Egypt lately … so let’s go!! 👍👍

👩👪 Tara Michelle and family in Egypt

✈️⛵ Tara is a famous YouTuber famous for her nice travel vlogs … and she was in Egypt this Christmas and new year’s eve with her family from Canada … so lets see what they have done in Egypt?!

Video 1: Flying to Cairo, Egypt and flying to the ancient lands of the Pharaohs

✈️ Flying to Egypt on EgyptAir first class direct flight from Toronto, Canada to Cairo, Egypt. Then taking the EgyptAir express flight to the south of Egypt … to the ancient capital of the Pharaohs! Then the tour starts in Aswan with its beautiful ancient Egyptian sites, stunning nature, and great people! 😊

Video 2: Taking a Nile Cruise across the land of the Pharaohs

🛥️ Tara and family take a Nile Cruise on a five-star hotel boat along the Nile river … visiting the ancient sites of the Pharaohs and the modern homes and cities of the Egyptians today.

Video 3,  4 & 5: Arriving to mega-city Cairo and visiting the Pyramids

🐪🛍️🛒 Tara and family visit the mummies, enter the tombs of the Pharaohs, visit the Egyptian pyramids of Giza, take some special souvenirs from Egypt (see video 4), and taste the Egyptian McDonald’s! Finally, fly back home … see you back in Egypt loves! 😍

🚆🍽️🛏️ Kara and Nate are a lovely couple from the US who enjoy travelling around the world and publishing their video blogs online. They take us on a tour from Cairo to the ancient Egyptian capital of Luxor in the south on an overnight sleeper train … wow! 👍

💑 Flying the Nest to the Land of the Pharaohs

🌞 Stephen and Jess are a popular couple touring the world and positing their vlogs to YouTube. They came all the way from Australia to Egypt for 2 weeks and enjoyed many of its wonders … let’s see together! 💖

Video 1: the ancient capital of the Pharaohs and the Red Sea in one visit

🏛️🏖️ What is better than visiting all the ancient wonders of the Pharaohs at their ancient capital of Luxor in the south of Egypt and visiting the Red Sea beaches of Hurghada (a close-by ride by bus) at the same time!!

🛍️🏬🎿 Egyptian travel blogger Michael Espiro takes us on a tour inside Mall of Egypt in Cairo and shows us that we can even enjoy ice skiing in the center of the warm capital of Egypt at the Ski Egypt experience inside the mall! Fantastic! 👍

👩 Jordan’s adventures in the Land of the Pharaohs

🏖️ Jordan is a famous travel YouTuber from the US known by her channel ‘Travellight’ and one of her most famous collection of vlogs took place in Egypt during the last year. Jordan was planning a short visit to Egypt alone but it ended up to be more than 2 months of adventures and trips after realising that there are too many things to see and to do in Egypt! Jordan was very happy in Egypt and she always repeats that Egypt “is my favourite country and home”. Let’s see her adventures in Egypt together! 💓

Video 2: Safari in the deserts of Egypt

🏝️ Jordan takes a safari in the pure sands of the Western desert of Egypt and visits the Siwa oasis and the ancient places where Alexander the great has stayed!

Video 3: Relaxing at the Paradise beaches of Dahab on the Red Sea riviera of Egypt

Video 4: Touring the capital and its old city

🏛️ A trip to Egypt can not be complete without touring Cairo and its ancient Churches from early Christianity and where the holy family stayed when Jesus was a baby (see our previous article for details), visiting the ancient mosques of the city and the old city. The best way to end the tour is a boat trip in the Nile of course!!

Video 5 and 6: Jordan doesn’t want to leave Egypt! She wants to stay …

The end of the article, the start of the adventure!

✈️🌍 So the article has came to an end … but it seems like a new adventure to Egypt is about to start … so see you in Egypt! 😍