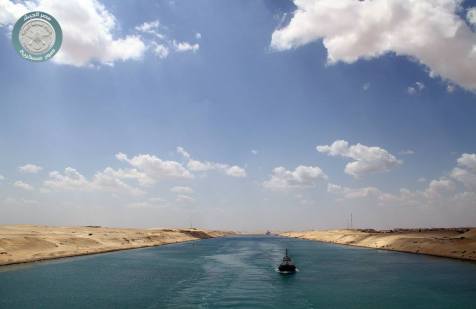 🎧🎤🌊🚢🇪🇬 On the occasion of the third anniversary celebrating the expansion of the Suez water canal which links the East and the West of the world, contributing to the transportation of a large portion of global trade, and allowing parallel ships to travel simultaneously … we celebrate with the nice song performed during the opening of the canal’s expansion. The songs were performed by the Egyptian youth in front of an audience of world leaders and the Egyptian president El-Sisi. What a lovely memory and nice performance by those little kids! 😇💖